Following news that Rockstar Games have been hacked, resulting in a data leak (https://www.bbc.co.uk/news/technology-62960828), Louise Ferrett, Threat Intelligence Analyst at Searchlight Security has found by scanning the dark web that:

“Users on cybercriminal and dark web forums are pointing to a member of LAPSUS$ as the perpetrator of the cyberattack against Rockstar that has led to the leak of the latest Grand Theft Auto game. For example, this post on DoxBin accuses the LAPSUS$ member known by the alias ‘White’ for being behind the attack and last week’s attack against Uber: 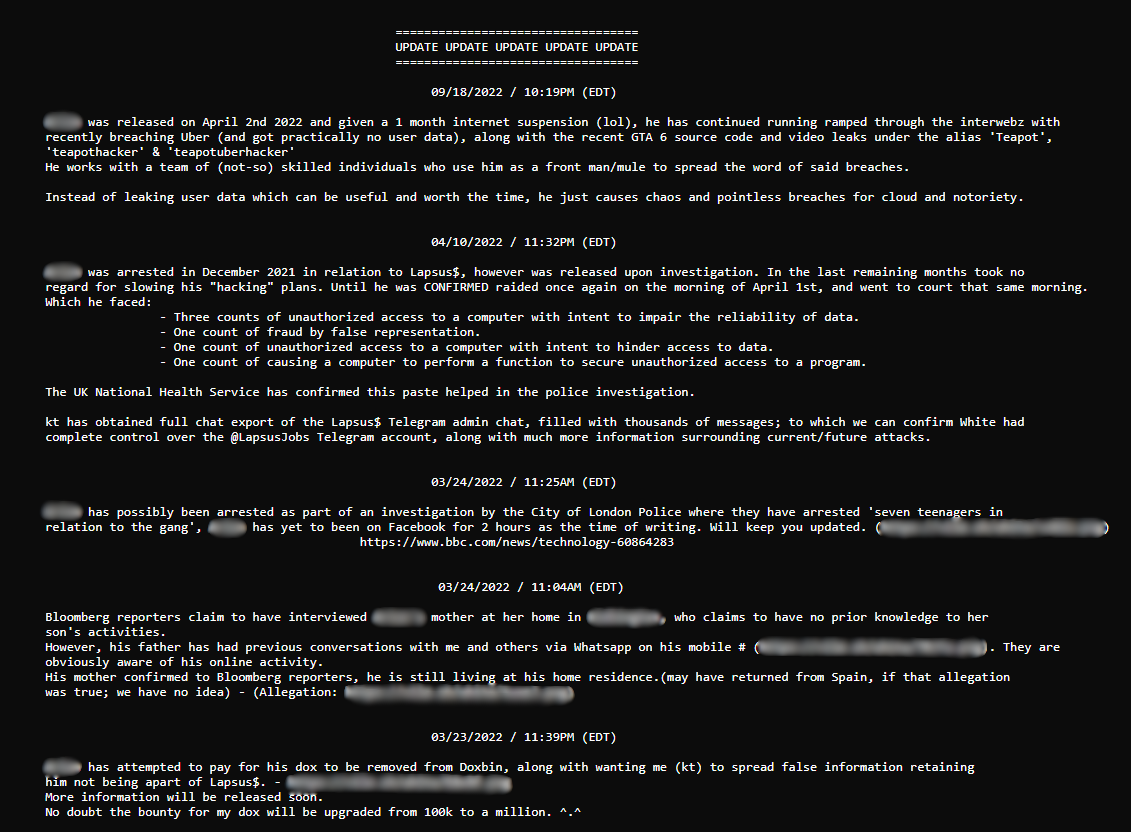 “As we can see from this screenshot, this is the latest in a series of updates that the user has provided since they originally doxxed (shared the identify of) White back in January: 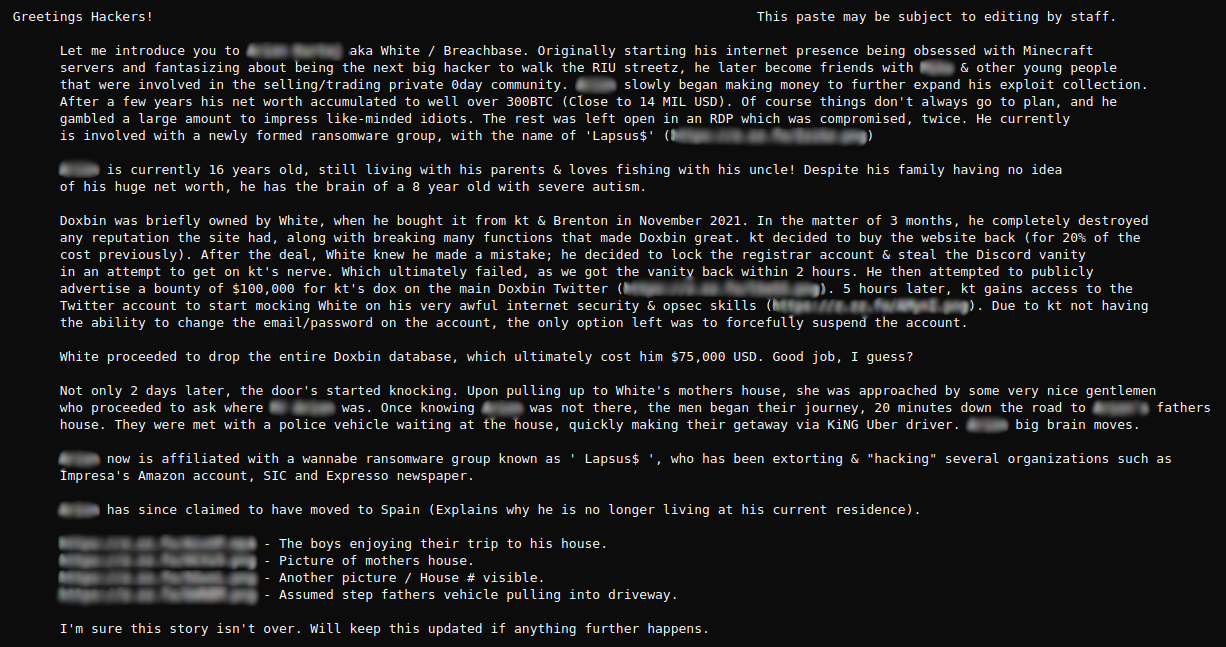 “It goes without saying that attributions on cybercriminal forums should not be taken as concrete proof, especially since this ...