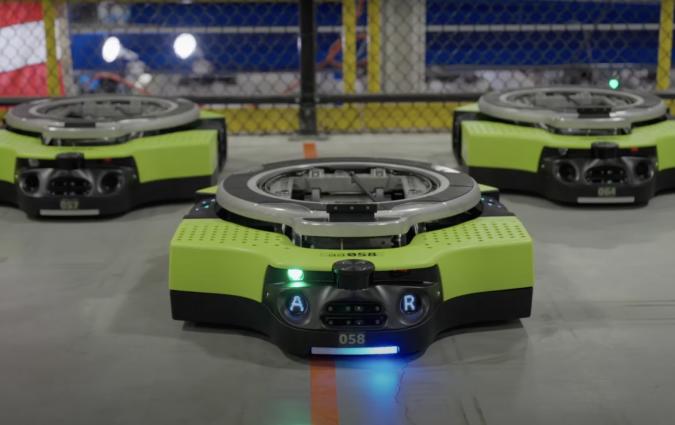 In a post looking back over the past 10 years since it purchased robotics company Kiva, Amazon has revealed its new machines, including its first fully autonomous warehouse robot. It's called Proteus, and it was designed to be able to move around Amazon's facilities on its own while carrying carts fulls of packages. The company said the robot uses an "advanced safety, perception and navigation technology" it developed to be able to do its work without hindering human employees.

In the video Amazon posted, you can see Proteus moving under the carts and transporting them to other locations. It emits a green beam ahead of it while it moves, and it stops if a human worker steps in front of the beam.

Amazon's aim is to automate the handling of its package carts so as to reduce the need for human workers to manually move them ...