Nintendo has revealed its ultra popular Switch lineup of convertible gaming consoles are finally getting a feature that fans have been begging for since its launch in 2017 – Bluetooth audio support.

The surprise announcement came from Nintendo of America's Twitter account, stating that a firmware update (version 13.0.0) that adds the feature is available to download right now.

Both the standard Nintendo Switch and the Switch Lite are supported, and presumably the upcoming Switch OLED as well – although there's no explicit confirmation of that yet.

The latest #NintendoSwitch update is now available, including the ability to pair Bluetooth devices for audio output.For more information, including restrictions on some features while using Bluetooth Audio, please visit the support page: https://t.co/vzAB6lZTDu pic.twitter.com/6J5xcDl5kUSeptember 15, 2021

The tweet also hints at 'restrictions on some features' while using Bluetooth audio, and points to ... 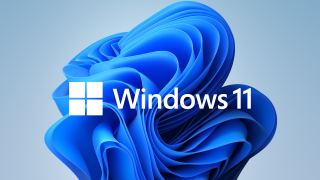 Microsoft’s Health Check app, which lets you check if your PC is ready to upgrade to Windows 11, has again been made available to download, ahead of the operating system’s ...