NASA’s Perseverance rover has been on the surface of Mars for several days, giving the team here on Earth time to run system checks and download preliminary data from the robot. The agency has now released the first large batch of media from the mission, including hundreds of still images and the first video and audio ever recorded on Mars.

Some past Mars missions have sent back “videos,” but those were actually GIFs stitched together from a handful of still frames. Perseverance has 23 cameras, several of which can record full-motion video. NASA used some of those cameras to capture the rover’s landing in incredible detail.

The video below shows the entire landing procedure, starting as the descent stage began lining up for its touchdown in Jezero Crater. Early in the video, an upward-facing camera filmed the parachute deployment, while the downward view showed the heat shield dropping ... 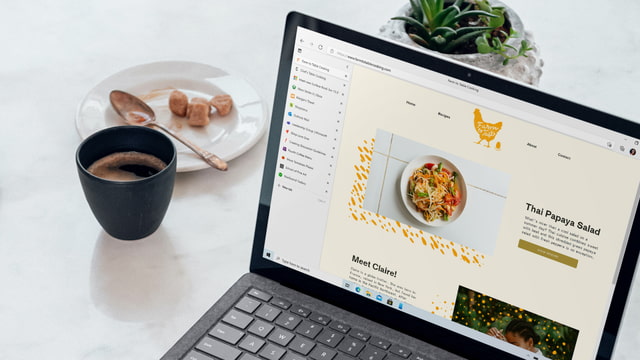 Microsoft has announced some new features for its Edge browser including Vertical Tabs, Startup Boost, History dropdown, and more Check out a brief summary of the new features below or ...