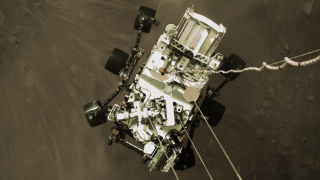 The Perseverance rover has put its record-breaking number of cameras to quick use since touching down on Mars, already sending home pictures and video of the red planet, which NASA has released to the public.

But how exactly has it managed to shoot such high-quality footage and send it back to earth so quickly?

These aren’t the first images we have of Mars, but unlike the ones taken by Curiosity – Perseverance’s older sibling that landed in 2012 – these are in full color using 20MP cameras, rather than the measly 1MP black-and-white cameras from before.

Along with video of the landing process, NASA also put out an interactive 360-degree panoramic photo of Perseverance’s landing site, using real images taken by the rover on Mars.

Newly discovered tools were designed for late-stage use after the attackers had already established a relatively firm presence on a breached network, vendors say. Like the proverbial layers of an ...