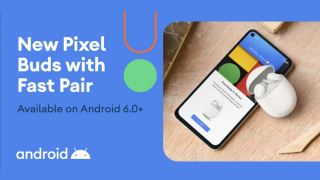 The Google Pixel Buds A (or ‘A-Series’ as they’re named) may have been confirmed twice over by Google itself – first in a supposed tweet (already deleted) from an official account, as well as on its German site, adding more support to the possibility that a new, more affordable version of the true wireless earbuds are coming.

The tweet came from the official @Android account, and was supposedly live for all of 10 minutes before it was summarily taken down. It refers to ‘The new Pixel Buds A-Series’ and mentions ‘one-tap Bluetooth pairing with the updated Fast Pair experience.’

The tweet also shows an image of the Buds A-Series (as in the attached image above), which reveals true wireless earbuds and a recharging case that looks identical to the previous Google Pixel Buds (though in an all-white design with white trim). But aside from the look and ...