Security risks were discovered for macOS Big Sur back in November 2020 when developers voiced concerns over an internal file that permitted Apple apps to bypass firewall filters on demand.

However, Apple has now released macOS Big Sur 11.2 into public beta and has removed the list of exemptions that could have led to security breaches and malware, allowing Mac users the freedom to monitor their app data again.

A file was originally included in macOS Big Sur called “ContentFilterExclusionList,” which listed several official apps such as the App Store, the Music App, and FaceTime that would bypass any firewall installed onto the device.

This left the affected apps and services exposed to hackers ... 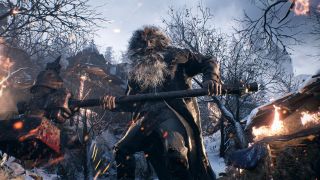 The Resident Evil series, known for its surprises, got the drop on players with a new PS5 demo that became available during Capcom’s Resident Evil Village showcase that gave us ...